Savings in CO2 emissions were equivalent to annual consumption of 55 private cars.

The Finnair Airbus A319 recycling project has come to an end, and project personnel at both Finnair and Kuusakoski are happy with the results. The materials recovered from the aircraft were analysed over the summer at Kuusakoski’s accredited research centre. You may unknowingly encounter the aluminium recovered from the plane in future car models, as the automotive industry is one of the key areas of application for recycled aluminium.

“The project was even more successful than we had expected. The total number of parts and components salvaged was almost 2,000. Some will be reused in our remaining fleet, while others will be sold. And cooperation with Kuusakoski was seamless,” says Timo Rossi, Project Manager at Finnair.

"The project was even more successful than we had expected"

Finnair completed its own disassembly work first, and next the wings and tail were removed at Helsinki Airport by Kuusakoski. The aircraft was then transported to Kuusakoski’s facility in Seutula.

The processing began with the removal of materials such as composites and cables, after which the plane was crushed into pieces the size of a fist. An airflow separator, magnet and eddy current separator were then used to split the crushed pieces into different fractions: non-ferrous metals; ferrous metals such as steel; and light fraction (residual waste). The materials were transported to other Kuusakoski facilities in Finland for further processing.

“Aluminium made up the bulk of the plane, amounting to approximately 15 tonnes. In addition, we were able to recover materials such as steel, stainless steel, titanium and copper,” says Sanna-Mari Nevala, Account Manager at Kuusakoski.

“Thanks to the new reject plant, only 290 kilograms of waste, or one percent of the weight of the aircraft, was classified as landfill waste unsuitable for reuse or recycling – this is roughly equivalent to one electric car battery.” 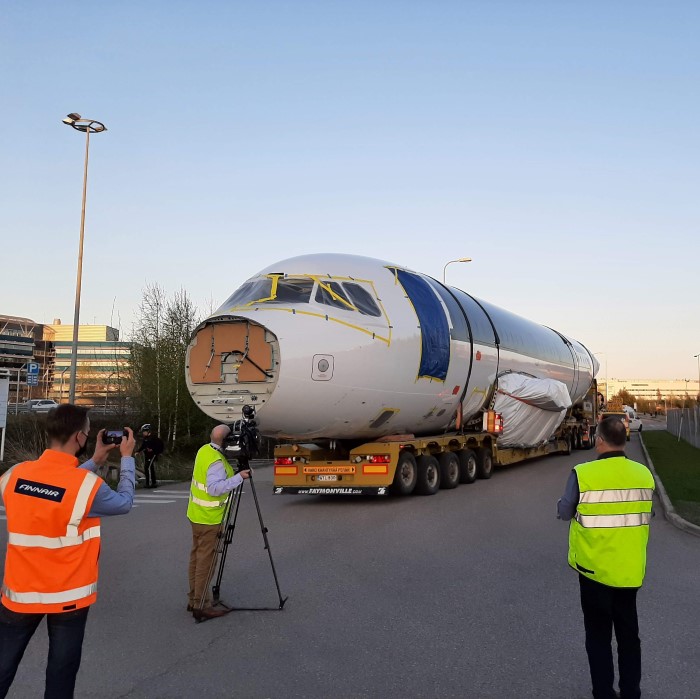 THE RECYCLING JOURNEY OF ALUMINIUM FROM THE PLANE INTO CARS

The non-ferrous residue from the aircraft was processed at Kuusakoski’s Heinola plant in May. Aluminium materials were separated from other metals (such as copper) with the sink-float method to prepare the aluminium for smelting.

Kuusakoski smelts the aluminium and casts aluminium alloy ingots from it, in accordance with the end customers’ needs. More than a hundred customised aluminium qualities are produced at the plant.

"Aluminium from the Finnair aircraft will end up in automatic models of Mercedes-Benz cars, for example."

“The aluminium recovered from the Finnair aircraft is admixed with other aluminium scrap to achieve the correct alloy composition for each customer,” says Product Manager Esa Nieminen.

The recovered aluminium was smelted and alloyed over the summer, and the ingots were sent on their way to customers all over Europe. One of the companies using the ingots is KSM Castings Group, a long-term customer of Kuusakoski.

“We manufacture components and systems made of aluminium and magnesium for the automotive industry. Through our production process, aluminium from the Finnair aircraft will end up in automatic models of Mercedes-Benz cars, for example,” reveals Alexander Schwarz, strategic purchaser at KSM. 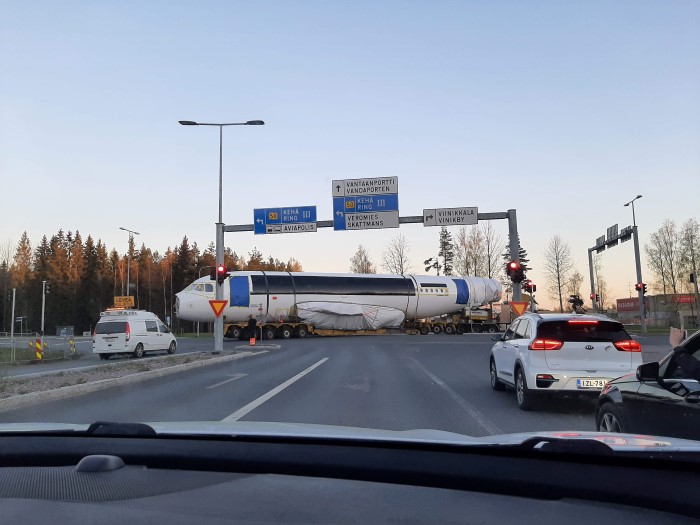 “The reduction of CO2 emissions is becoming increasingly important within the automotive industry. Thus also for us at KSM, we have made it our task to reduce our CO2 emissions as quickly as possible. In addition to internal measures, we will pay increased attention to the amount of CO2 emissions generated in the production of aluminium. This will become a decisive criterion for the purchase of aluminium in the coming year. We therefore welcome every project from our suppliers that serves to reduce CO2 emissions”, concludes Alexander Schwarz.

>> Watch a video to see how almost everything from an airplane can be reused or recycled!