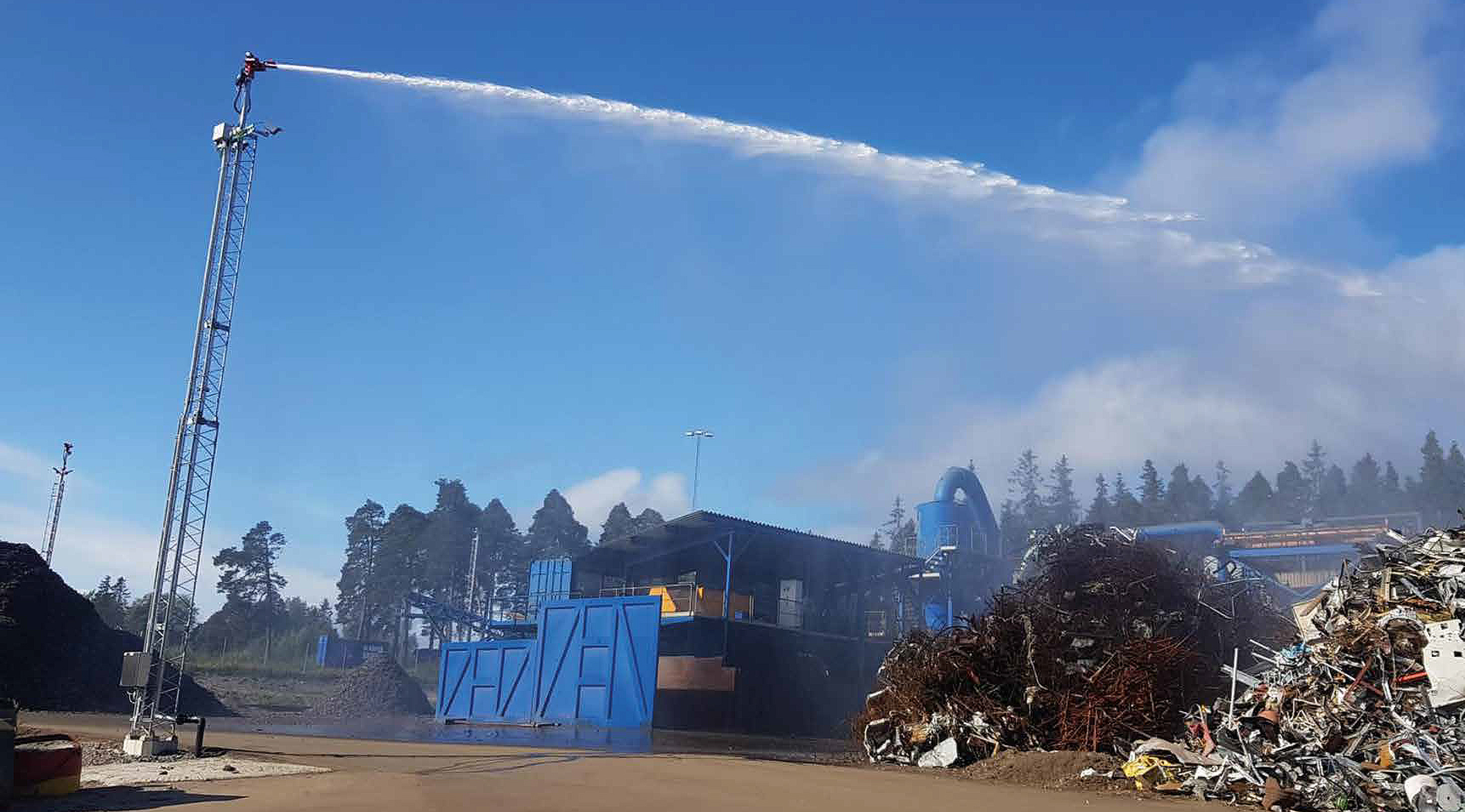 One of the biggest risks in the recycling business is fires. To ensure the safety of both personnel and materials, Kuusakoski invested in a new modern fire protection system at the terminal in the port of Gävle, Sweden. The system consists of heat cameras that sense heat, as well as four large water cannons that automatically start spraying water against the heat source. In this way, fires can be prevented before they have time to occur.

As part of the investment, an expansion of the area was also carried out, which will make it possible to create a buffer zone between the piles of material more efficiently and thus help to control the spread of a possible fire.